History of Music – How Did We Get To Where We Are Today? 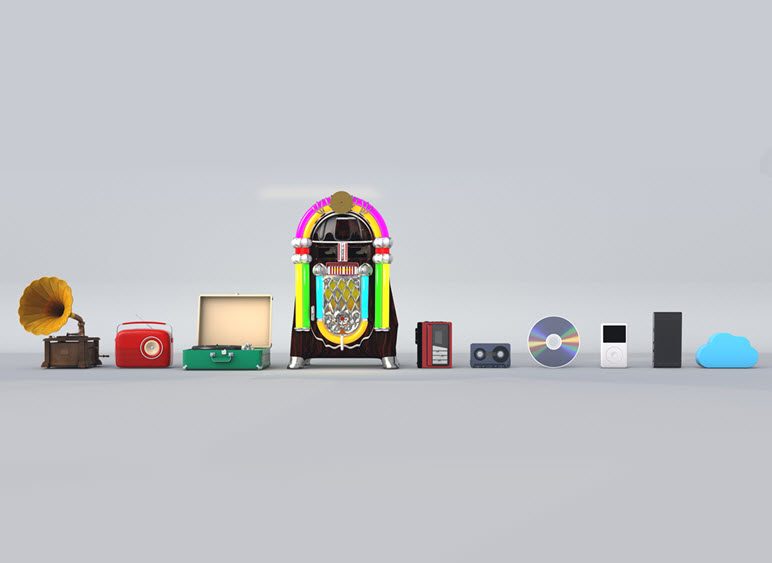 History of Music – How Did We Get To Where We Are Today?

Where did music come from? What did people do before there was music, and how did we get to where we are today? What was the first instrument used?

No-one knows the exact beginnings of music since history was passed through generations from word of mouth before it was written in some form.

From Word of Mouth to Digital

We explore music from tribal groups,  through to when churches were using music. Even then, it was only communicated orally. The first known writing of any music which represents a melody is on a stone tablet believed to be created in about 1400BC called the Hurrian Hymn which was discovered in the 1950s in an ancient city in Syria. The Ancient Greeks used symbols above text.

The first printed music book in 1457 had the staff lines and notes written by hand since printing methods were obviously not as developed as they are today. It wasn’t until 16 years later in 1473 that the first machine that was able to print music appeared. As more efficient ways of writing music was developed, it was able to be communicated to other people, and eventually globally, at a faster rate.

The Standardisation of Musical Notation

Musical notation didn’t just get invented and become accepted globally. Different cultures used a varied way of notating music. In fact, even in the last 10 years, classical musicians notate music differently from country music musicians. While ancient cultures appeared to have a set of symbols to represent the melody and rhythm of a musical piece, there wasn’t enough known evidence to understand their music.

We take a look into the times of medieval Europe when a Benedictine monk Guido of Arezzo wanted to solve the problem of singers in the church having difficulties in remembering their sacred chants. Arezzo devised a notation method to allow the singers to not only remember the music, but learn it in a short amount of time.

Different Harmony and Rhythm Between the Cultures

We investigate the advancement of music from the tribes through the great composers of all times, to the likes of Elvis Presley and Frank Sinatra. Today’s music has changed considerably with the introduction of electronic music, and also looping, a method of repeating sections of sound to create patterns. We also no longer need an orchestra or a set of people to actually sit down with an instrument to create music. There is software for that. There is irony that musical notation started off on a tablet, and can today be created digitally on a tablet.

In 1857, the Phonautograph was invented, the earliest known device that recorded sound. We take a look at the advancement of audio technology through the next 160 years to today, where audio is streamed via the Internet cloud.